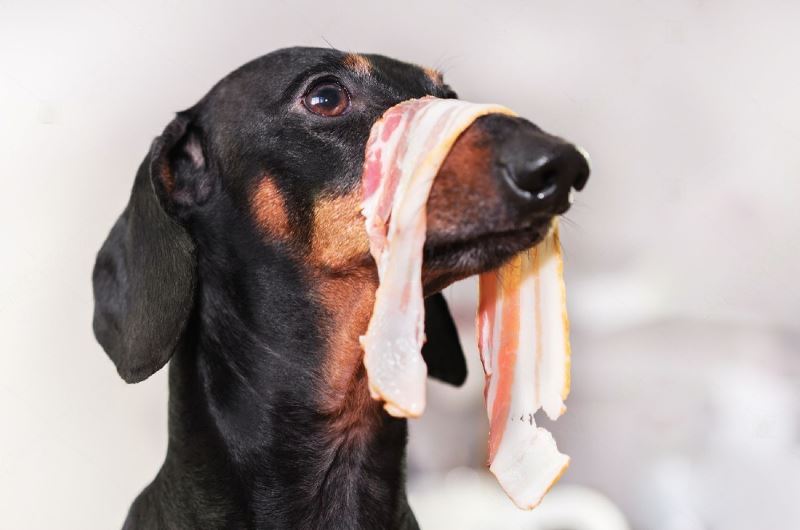 In addition to serving as a shield for our internal organs, our bones also act as a mineral bank for things like calcium. Without our skeletons, we would be nothing more than a mushy blob on the floor, which would be both ugly and useless.
Bones and Dogs

Uspetcares reports that the skeleton provides support for all living things. The bones are the strongest portion of the body and are responsible for giving creatures their unique form, size, stability, and taxonomy. A dog’s skeleton is intricate, and each bone is essential to the dog’s well-being and proper nourishment.

Minerals like calcium, magnesium, and phosphorus, as well as protein’s key amino acids like lysine, go into making bones.

Like in all other forms of life, the presence of these minerals and proteins in a dog’s diet helps to reinforce the skeleton and maintain the animal’s overall health.

There are 319–321 bones in the canine skeleton. To put that in perspective, the average human body consists of 206 bones. A dog’s tail is a good indicator of the number of bones in its body. Long-tailed dogs tend to have more bones than their short-tailed counterparts.

When running, a dog’s greater range of motion is due in part to the fact that its shoulder bones are not connected like a human’s are. They also lack a collarbone for the same anatomical reason.

It takes between three and eighteen months for a dog’s skeleton to fully develop. Size matters in terms of the time it takes to reach maturity. A toy breed’s skeleton, for instance, will be fully developed after just a few months, while a large breed’s can take up to 15 or 18 months. Skeletal dwarfism alters the size and proportion of some dog breeds, such as the basset hound, causing abnormalities in their skeletal structure.

Bones are the building blocks of an animal’s structure. Like every other skeletal system, dogs also have long, short, flat, irregular, and sesamoid types of bone.

Dogs may have a slight variation in the number of bones depending on the breed of the dog, but generally, there are 321 bones in a dog’s skeletal system, differentiated as the following.

The vertebral column has approximately 50 irregular bones that are again subdivided into 5 groups.

A dog’s skull and hyoid bones vary from 36 to 50 bones according to the breed of the dog. This bone helps the dog get the structure of its face. The bones are divided into 2 catalogs: cranium bones and facial bones.

The facial bones of a dog’s skull contain

The thoracic limb of dogs contains 90 bones responsible for the dog’s movement. They have 2 thoracic limbs, each with 45 bones. They are:

Similar to the thoracic limbs, pelvic limbs come in a pair of 48 bones each, serving a dog in its movement. These limbs consist of:

This all bone with cartilage, tissues, and ligaments to make the complete skeletal system of a dog.

How Long Does It Take To Develop The Skeletal Structure of Dogs Fully?

Depending on the breed, most dogs take about 12 to 18 months to have fully developed skeletal structures.

The time for a dog to reach maturity depends on the size and breed of the dog. It takes 15 to 18 months for a large dog to grow into a mature dog completely, but in the case of small dogs, it takes a few months to grow.

For example, the diminutive Pomeranians grow up to 7 to 12 inches and weigh 3 to 7 pounds, reaching their full skeletal structure in 6 to 10 months.

In contrast, Rottweilers weigh around 90 to 120 pounds & 24 to 27 inches in height. They take around 18 to 20 months to grow to their adult state completely.

Decoding The Skeletal Structure Of Dogs

The deviation in the skeleton composition and size of the dog is more critical than any other animal. The dog’s skeleton arrangement has three parts: the visceral, the appendicular, and the axial.

The axial part is the major part that holds the crucial parts of the system, which are the sternum, spine, ribs, head, and neck.

The small bone structures are included in the visceral part: the inner ear and the appendicular skeleton, including the feet and leg skeleton.

The dogs have disconnected shoulder bones, and in place of the collarbone, they have cartilage that is called rudimentary collarbone. This feature of the absence of collarbone helps them in running motion; their flexibility is increased and gives them extraordinary stride lengths.

There is a division of Long, Short, Flat, Sesamoid, and Irregular bones in the skeleton structure.

The dogs’ weight, motion, and flexibility are supported by the limbs, which are included in the long bones. The short bones are the wrists and ankles that provide movement and stability to the dog.

Ribs, shoulders, pelvis, and sternum are the flat bones that help connect long bones and muscles. The flat bones are also present in the skull and give protection to the sinuses, eyes, brain, and ears.

The knees and wrists have freely moving bones that contain the Sesamoid bones. The skull, vertebral column, and hipbone have irregular bones in some parts.

What Are The Common Bone Disorders of Dogs?

Like any animal, dogs are predisposed to a few health problems, many of which are joint problems. Some common bone disorders include:

This disorder is also called “long bone pain” or “growing pain.” In this disorder, information occurs on the surface of the long bones. This may occur in multiple bones at a time, or also shift the lameness from one bone to another.

This disorder is self-limiting but can occur at regular intervals. Pain caused due to panosteitis may be cured by several medications.

Osteochondrosis is a threatening disorder where the cartilage joining the bones loses its strength and weakens the joint. In the extreme case, the cartilage is completely detached from the joint…

This can be cured only by maintaining a proper diet for the dog without calcium. When in doubt, always consult with your veterinary professional.

In this disorder, there is inflammation in the growth plates of the long bones, causing pain and swelling in the joints and ending up in fever and loss of appetite.

It is self-limiting without any permanent damage, but the growth plates permanently deform the dogs’ legs in some cases. Care and treatment with medication can decrease the pain and control the information of the growth plates….

Symptoms of this disorder are lameness in your dog and difficulty in shifting from sleeping to a standing position. This can be treated with certain medications and preventative care, while severe cases have to undergo surgery.…

Osteochondrosis dissecans are also called OCD or OD. The smooth cartilage gets defected in one or many joints in the disorder. It mainly affects the shoulder joint, but the knee, elbow, and hip can also be affected.

It has different stages of pain like mild, intermediate to intense. Some of these cases can be cured only by resting strictly and restricting many activities for several weeks. In extreme cases, the cartilage completely breaks off the joint…

The most recommended cure for OCD is surgery and removing the defective parts.

You can help promote your dog’s bone health by ensuring a top-quality, healthy diet, preventative care like orthopedic beds, and providing your dog with adequate exercise that will have the both of you in the pink of health!

Also, if you have slippery tiles or hardwood floors, you might want to make a few tweaks to your home to ensure that your dog isn’t constantly trying not to fall and potentially injure himself.

In addition, puppy bones are vulnerable to injury and have to be protected. The skeletal system of a dog takes about 6 to 18 months to develop fully – the bigger the dog, the longer it takes.

With young puppies, avoid having them use the stairs excessively or jump up and down the furniture. The constant impact could hurt the growth of their vulnerable bones and cause problems down the road.

A dog has 321 bones in their bodies, each one playing a vital role in the dog’s function and form. Their skeletal system is divided into three crucial parts that are axial, visceral, and appendicular. Bone health is vital to the well-being and happiness of a dog.

With proper care and maintenance, you can help your beloved pooch have a long, active life!